Trinidad and Tobago is an English speaking island nation on the Southernmost part of the Caribbean. It comprises of two main islands; Trinidad and Tobago and many other way smaller islands. The country is known for its fossil fuel wealth. In addition, it shares maritime boundaries with Barbados, Grenada, Guyana and Venezuela.

Trinidad and Tobago attained independence from the British in 1962. However, of all Caribbean nations, it is noted as the country which had the most number of different colonizers before the British eventually took over. The African population is the second largest on the island after the Indian population. Trinidad and Tobago’s flag bears three colors; Red, Black and White. These colors together symbolize the warmth of the people, richness of the earth and water respectively.

The national bird of Trinidad and Tobago is the Scarlet Ibis. Of the two main islands, Trinidad near Venezuela is the busiest. Its capital is Port of Spain. The country as a whole also boasts of beautiful landscapes and a vast specie of birdlife.

Trinidad and Tobago has several cultural influences as a result of the many different early settlers in the country. European, African, Indian, Spanish and Arab cultures currently dominate. But perhaps what the island nation is best known for is its carnival. The French settlers from Martinique are credited with first introducing the carnival in the late 18th century.

Previously a reserve of the elite members of society, it eventually included all social classes and is now a major celebration in the country. The carnival is usually held on Monday and Tuesday before Ash Wednesday. Trinidad and Tobago is also known for its music influences such as soca, calypso and chutney among others. A popular dance is the limbo dance with African roots.

Eating out in Trinidad and Tobago

A signature dish in Trinidad and Tobago is obviously Pelau. This is a one pot dish of rice, pigeon peas, beef or chicken which is simmered in fresh seasonings and coconut milk. Interestingly, its preparation and name bears a strong resemblance to Pilau an East African coastal dish with the only difference being the presence of chicken and pigeon peas in the other. 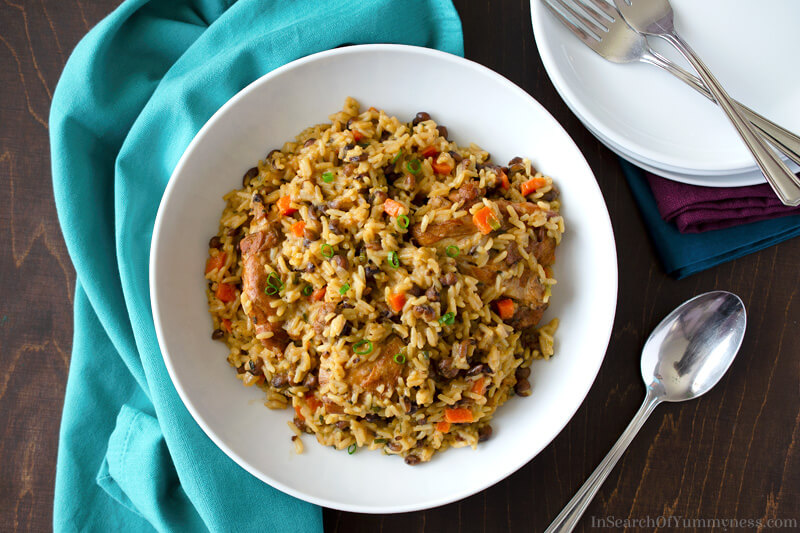 A Trinidad Pelau with chicken dish. Image courtesy of In Serach of Yummy-ness blog.

Yet another popular dish in Trinidad and Tobago is Roti. This is a soft split-pea filled bread stuffed with curried meat, chick peas and mango. 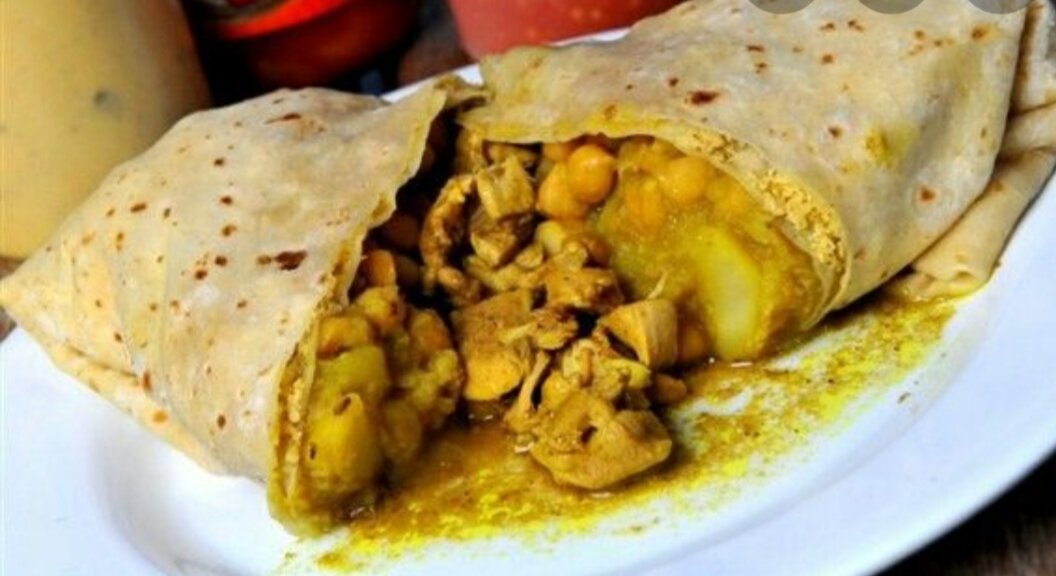 For a visitor to Trinidad and Tobago, you can be able to sample these two dishes and others in a variety of restaurants and food stalls depending on which city or town you visit in the country. The island nation boasts of restaurant chains such as Ruby Tuesday and Woodward Café. There is also a variety of Italian, Chinese and seafood restaurants to choose from. King’s Bay Café in Tobago offers beautiful views of the sea from the verandah.

Trinidad and Tobago is laden with traditional craft markets, roadside stalls and malls to cater to all types of shoppers. In Port of Spain alone, Aboutique Mall, Golden Door Plaza and Capital Plaza are malls offering quality shopping experiences to visitors. San Fernando and Chaguanas boast of entire shopping streets but perhaps the highlight is the Central Market at Sea Lots which is touted as the biggest market in the Caribbean region. Here, a variety of meats and seafood are on sale.

There are numerous places to visit in Trinidad and Tobago as highlighted individually below;

The capital of Trinidad, is a destination that offers colonial style architecture in abundance. A must see is Queen’s Park Savannah and the elegant mansions known as the Magnificent Seven. The Red House Parliament caters to architecture lovers and is located in Woodford Square. Royal Botanic Gardens and National Museum and Art Gallery are other attractions as well. And to cap it all off is of course The Carnival. 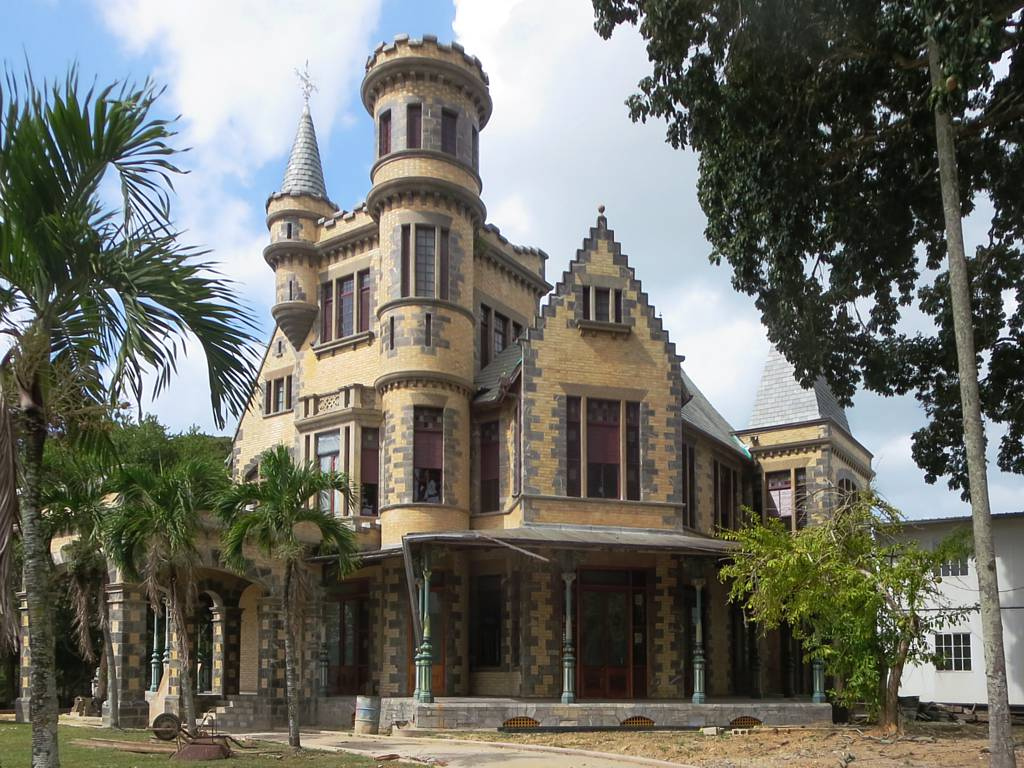 Stollmeyer’s Castle, one of the elegant mansions making up The Magnificent Seven in Port of Spain. Image courtesy of skyscrapercity.com

Maracas Bay is touted as Trinidad’s most famous beach. Visitors can rent umbrellas and chairs. Food trucks and vendors offering delicious snacks are readily available along the beach as well. 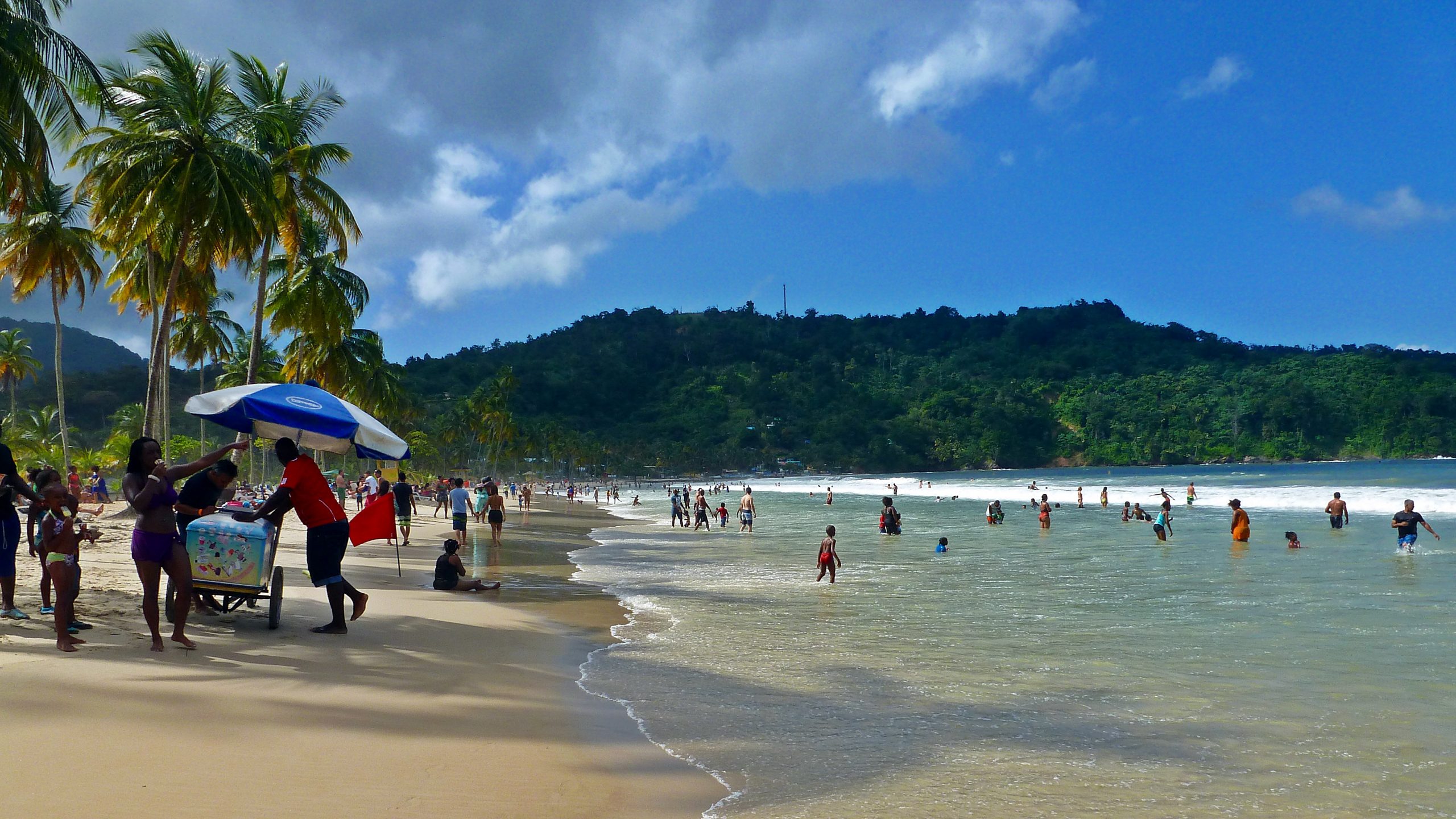 If in need of peace and quiet, Las Cuevas Beach is 15 mins away from Maracas Bay and less crowded.

This is a sprawling 1,500 acres of dense forest in the Arima and Aripo Valleys. A couple of bird specie inhabit this previous cocoa, coffee and citrus plantation. Cottages are available for accomodation. In addition, the income from guests funds the conservation of the forest, new land purchases as well as environmental educational programs. 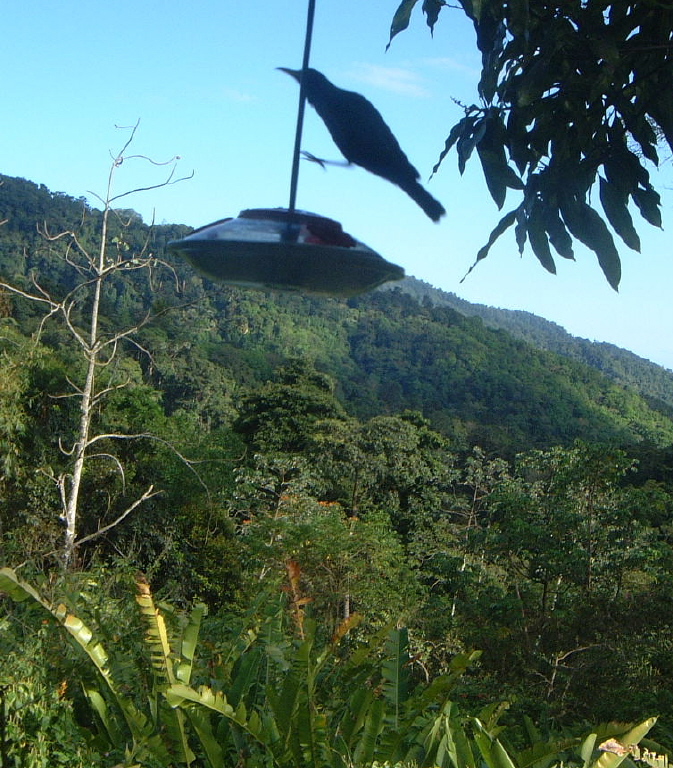 Yerette Hummingbird Sanctuary is a sanctuary for Hummingbirds deep in the Maracas Valley.

This is yet another attraction for bird lovers.

Englishman’s Bay Tobago is described as one of the most romantic places in Trinidad and Tobago in addition to its numerous gift shops. 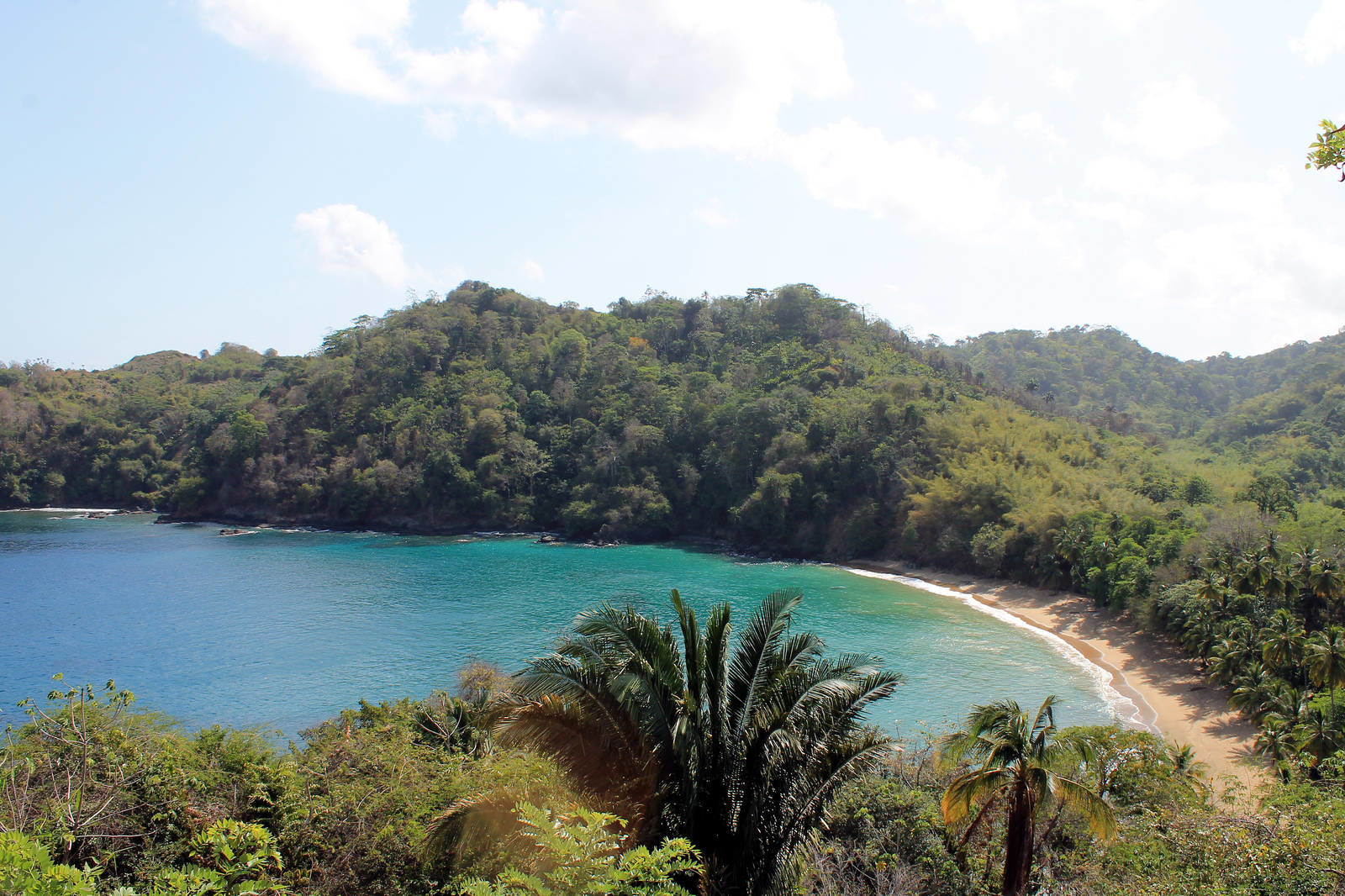 Also known as Pigeon Point Heritage Park, visitors can enjoy a variety of water sports on this stretch of coast. Buccoo Reef and Nylon Pool are additional attractions within this destination.

Caroni Bird Sanctuary Trinidad consists of mangrove lined waterways and is also the nesting place of the scarlet Ibis plus other bird specie. Described as a biodiversity rich environment, visitors can take afternoon boat tours to the estuaries. 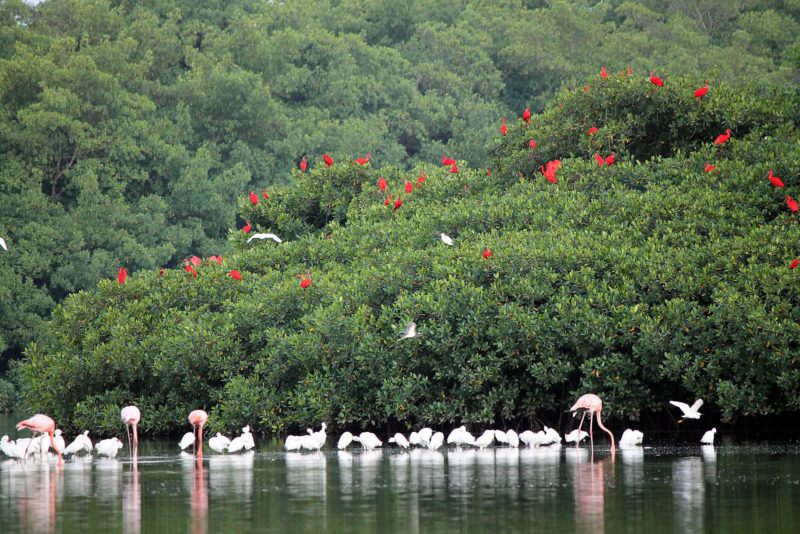 Little Tobago Island is a sea-bird sanctuary with more than 50 species of birds living on the island devoid of human population. A nearby attraction is the Smaller Goat Island in Tyrell’s Bay.

Rising above the Northern Range Hills over Tunapuna is the red roofed church tower of Mount St. Benedict Monastery. The monastery was established in 1912 by Benedictine monks and is considered the largest and oldest monastery in the Caribbean. Interestingly, it is famous for its yogurt which is shipped to supermarkets across the country. 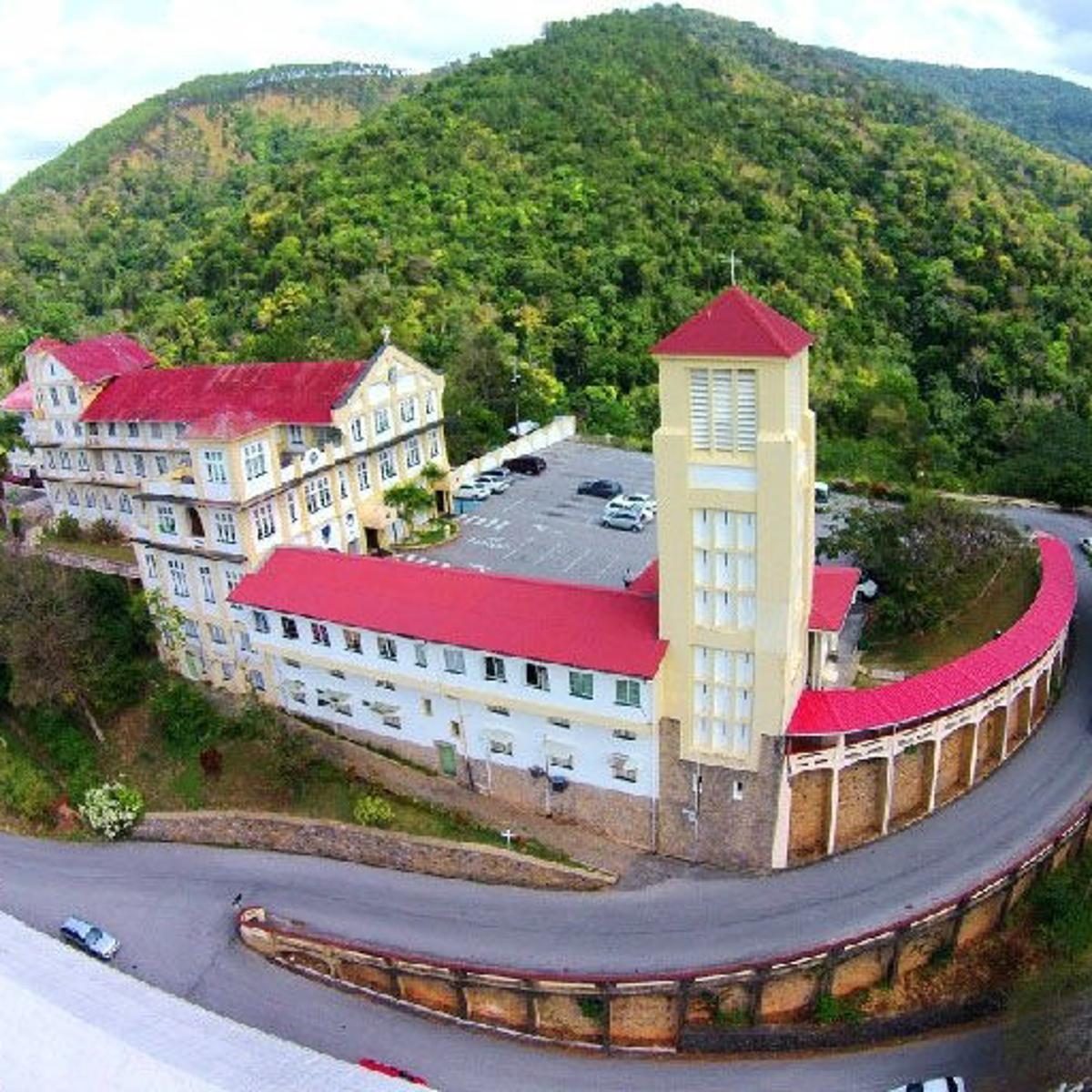 This is the oldest, legally protected forest in the Western Hemisphere.

Fort King George was built in the 1780s, overlooking the Scarborough Bay and is a historical tourist attraction in Tobago. The site offers beautiful views over the town and coast. Remnants of the original brick and stone wall, officer’s mess, several canons and a lighthouse still exist. In the nearby Tobago Museum, visitors can view antique maps, African art, Amerindian artifacts, coins and shells. 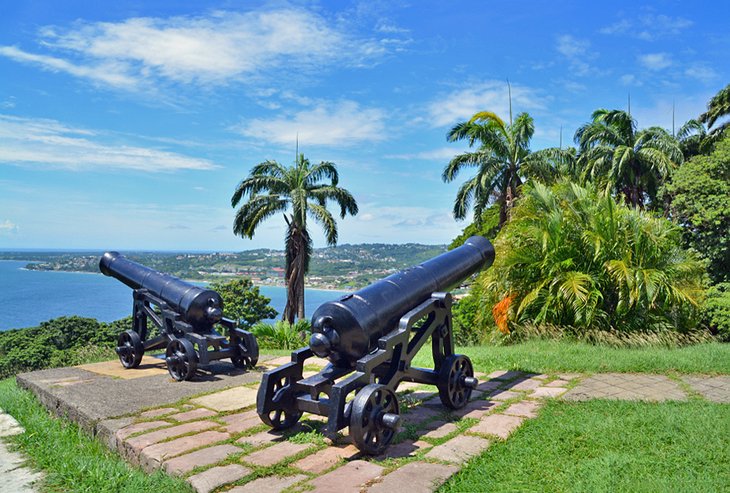 Start booking your tours in time for 2021 with Go See Tour, a US based Travel Agency offering cruises and land vacations to various destinations worldwide. 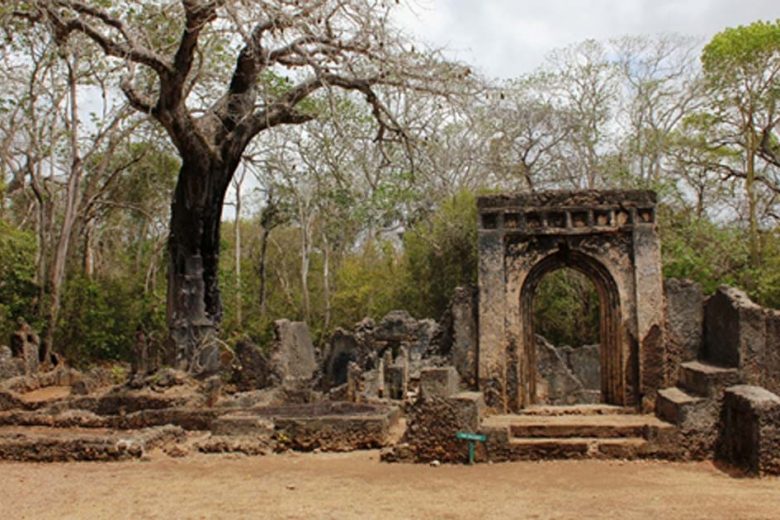 Gede Ruins – A Swahili Relic Deep In The Forest 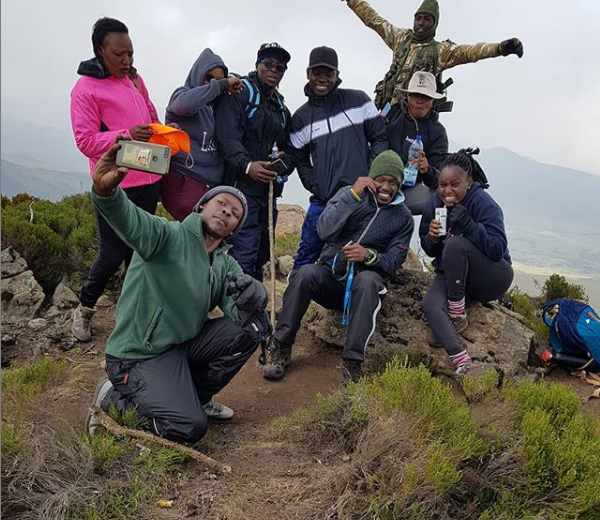