I first got in touch with one of the Hoperaisers Founders, 33 year old Daniel Onyango one chilly Friday mid-morning, the 18th of October 2019. From his tone, I could tell that he was happy to hear from me as just the previous evening, I had spoken to someone else from The Hoperaisers Initiatives on Twitter who had been gracious enough to give me Daniel’s contacts and pass the message to him that I would be calling the following day. Definitely a testament to their activity filled calendar in their quest to transform young lives, Daniel requested that I call him back at around 1pm as he was held up at the time. What struck me about him was how aware of their drive as an initiative he was, that words rolled off his tongue with much ease. The following is what I gathered from him during our phone conversation.

Daniel Onyango grew up in Korogocho slum described on Wikipedia as one of the largest slum neighborhoods of Nairobi, Kenya. As of 2009, Korogocho which literally means rubbish or disorderly, was the 4th largest slum dwelling in Nairobi, the Capital. A 4th March 2017 Arts and Culture report on Aljazeera titled Mozart in Nairobi’s Korogocho slum by Eva de Vries states; Poverty, crime, drug and alcohol abuse, domestic violence and widespread HIV/AIDS make this neighborhood a tough place to grow up in. But probably echoing what Daniel would share with me next, Eva de Vries of Aljazeera was reporting on a lady from the slum, using music to enact positive change in her locality. This is pretty much what fuels Daniel and his team as individuals; the awareness that you can harness talent and skills for societal good. 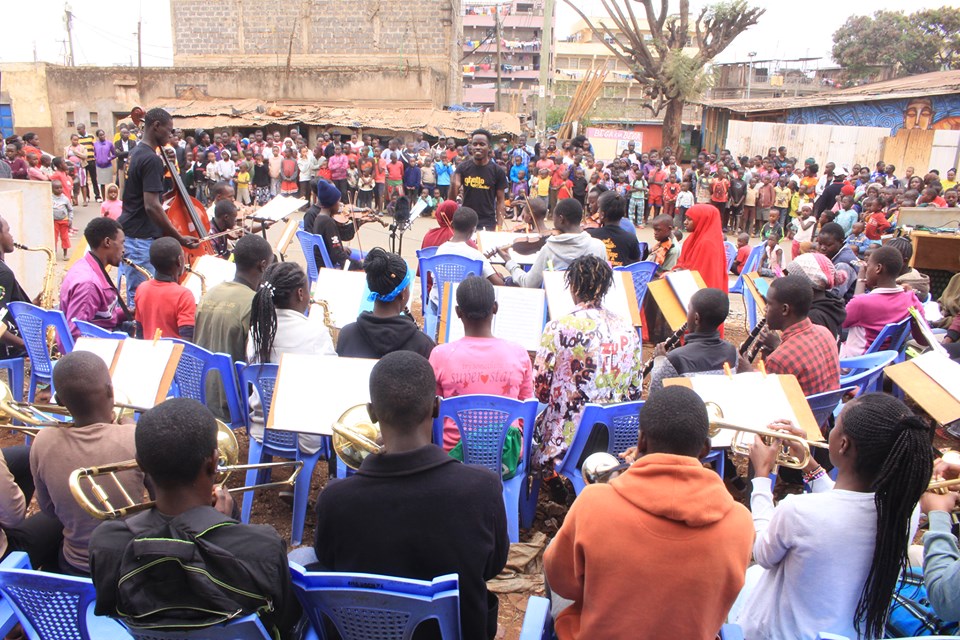 Growing up in Korogocho, he had discovered that a lot of people in his neighborhood were talented and with skills but lacked the necessary platform(s) to maximize their potential on that which they possessed. With a desire to make an impact, Daniel, then in his late teens in 2005, teamed up with friends, Robert Kassim, Simon Karoki and Isaiah Kimani, also from Korogocho slum to form The Hoperaisers Music Band. It is this music band that would eventually morph into The Hoperaisers Initiatives, a Community Based Arts Organization in 2007. The About us page on their official website, aptly captures The Hoperaisers Initiatives as an organisation that nurtures performing, visual arts and sports through Interactive Learning, Exposure and Mentorship.

Currently, Daniel tells me, the team comprises of 15 Volunteer Members and out of the initial 4 Founders, two are still very much a part of it; himself and Robert.

While trying to get a deeper understanding of the target population, I asked him the ages of the participants in the Initiatives and where exactly they come from in Nairobi. Daniel in turn gave me an age range of between 7 years old for the youngest and 30 years old for the oldest. The Hoperaisers Initiatives equally target children and youth from informal settlements and basically, Korogocho slum and its environs; Baba Dogo, Lucky Summer, Mathare and Kariobangi areas. Their offices are conveniently located in Baba Dogo area and dubbed Bega kwa bega which translates to “Shoulder to Shoulder” in English. At Bega kwa Bega, I gather that it is a venue for The Hoperaisers Initiatives’ Programs while doubling up as a Safe Space where interested young people and children frequent.

Daniel is insistent that the focus of this Community Based Arts Organisation he is a part of is to change the perspective of the targeted communities, on the role of young people in influencing change in Korogocho slum and its environs. He adds that the public has been very receptive and positive as they have gotten to witness their children and youth engaged in activities encouraging their positive growth. One of the biggest achievements of The Hoperaisers Initiatives is producing some of the best skaters in Kenya. A notable one is Lucy Achieng who has gone on to win trophies in skating competitions as far as Egypt. I am pleasantly surprised to learn that the initiatives also boast of the biggest skating club in the country and that majority of the skaters are young girls.

Daniel informs me that they are additionally responsible for holding a regular Festival in Eastlands dubbed Koch Festival. Koch is slang’ and short form of the name Korogocho. I equally learn that Bega kwa Bega is the only resource center in the area it is located in and they are intent as a CBO on “Bringing Korogocho to the world” in Daniel’s words. Currently, The Hoperaisers Initiatives through the support of The Kenya Community Development Foundation runs a Creative Hub project with a focus on training over 75 youth in Music Production, Disc Jockeying, Skating and Creative Entrepreneurship at the center. His vision while teaming up with his friends initially was to use Arts and Sport to create an avenue to connect which indeed, seems to be working.

Given the obvious talent in the young girls and probably with an intention of keeping them continually engaged and focused on their activities, The Hoperaisers Initiatives have taken it upon themselves to raise awareness on Menstrual Hygiene Management (MHM). With Period Poverty being very much a reality in many informal settlements in the developing world, on Sunday 20th October 2019, they organized a fundraising for Sanitary Pads #UsingPadsAsCurrency for all the girls residing in and around Korogocho slums and lacking in a regular supply of the same. The idea of #UsingPadsAsCurrency was selling second hand clothes to buyers who can only pay for the clothes in Sanitary Pads. 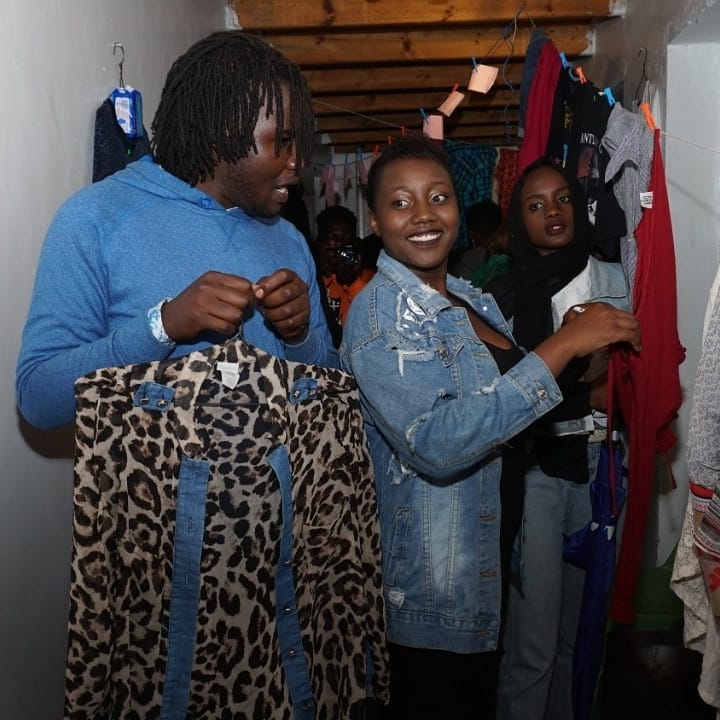 Daniel informs me that they have previously partnered with United Nations Development Program (UNDP) when they were just starting out, which according to their official website works to eradicate poverty and reduce inequalities through the sustainable development of nations. Although The Hoperaisers Initiatives biggest challenge currently is lacking enough resources to facilitate their activities and heavily relies on Volunteers, Daniel is optimistic about the future. His desire is that the model he has since adopted with his friends and partners will eventually be replicated all around Kenya and that policies will soon be implemented that factor in the need for open spaces in the country for young people to just be themselves. Just as they are keen on working to change attitudes in their environment so do the attitudes of the rest of us need to change in terms of realizing the need to nurture the potential in our youth particularly in informal settlements around the world.

To get more information on The Hoperaisers Initiatives’ activities, you can check out their website To support these young visionaries aiming and passionate to transform young lives in their locality and its environs contact them through the following channels;

A big thank you to Daniel Onyango for lending me your time to get to know better what you and Robert Kassim do and everyone else directly and indirectly involved in The Hoperaisers Initiatives in making a difference. You truly epitomize African Forces for Change! 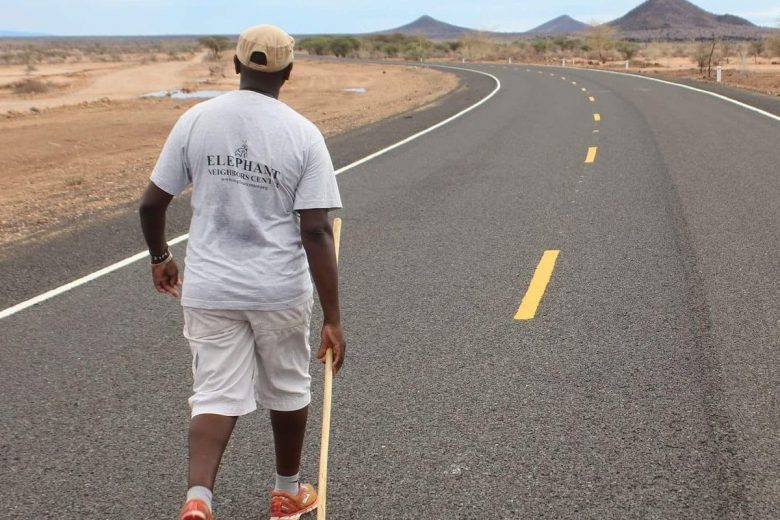 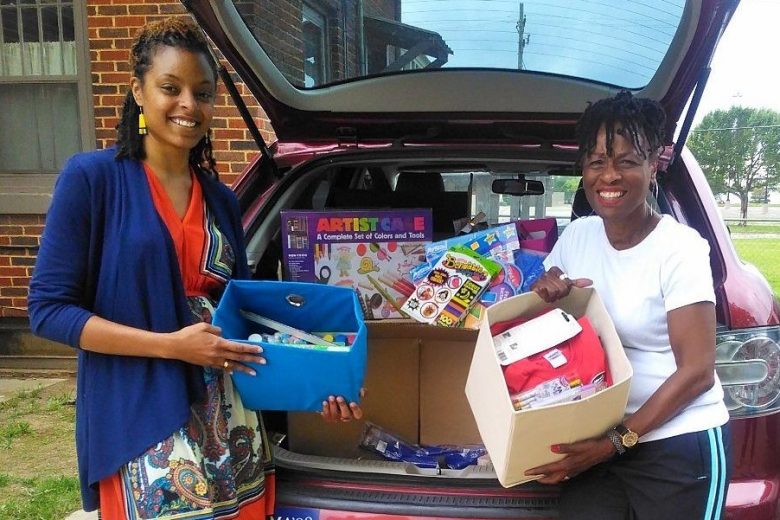 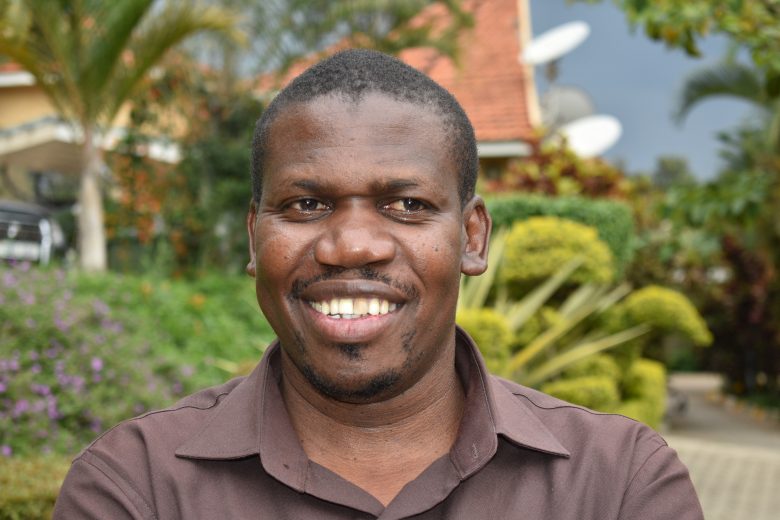