In April 2018, 10 months after relocating back home to Ghana from the UK, Literary Enthusiast and Writer, Sylvia Arthur (pictured) opened Libreria Ghana. This was a privately run library whose initial 1,300 books were from Arthur’s own collection. Years prior, she had been working in Brussels, Belgium when she began buying books on a weekly basis from a second hand bookstore. Genres of choice for her were literary fiction and narrative nonfiction mainly by writers of color.

Eventually, she bought so many that they barely fit in her already cramped studio. Arthur’s response to the predicament was to ship all of them to her mother’s house in Ghana. Although gone, she still felt the need to make the titles publicly available in future. When she finally relocated back to Ghana, she began living in one of the neighborhoods in Accra. One day, she chanced on an empty office on the first floor of a 2 storey complex.

Intrigued, Arthur immediately concluded that this was just the perfect space she needed for a library. Within 24 hours of her discovery, she had already signed a 2 year lease and arranged for her books to be transported from her mother’s house, a 5 hour drive away. 2 months later, Libreria Ghana launched.

The library operated on a subscription model. Adult members paid roughly $8 dollars a month which allowed them to borrow 2 books at a time. Children members paid $3.50 which allowed them to borrow 4 books. Soon enough, Arthur hired an assistant whose job description entailed opening from Tuesday to Saturday at 12pm to 8pm. Furthermore, the assistant was tasked with helping to organize a program of regular author readings, game nights, writing groups and book clubs.

In the meantime, to sufficiently cover the operating costs, Arthur continued working in corporate since the membership subscriptions were not enough to ensure the efficient running of her library. With time, she began noticing a rather positive trend. Most popular books were those authored by African writers. In particular, new generation writers and mostly female writers.

Arthur also noticed a need to nurture the reading culture in Ghanaian children. As a result, she began visiting schools and was disheartened to learn that in some schools pre-teen children could barely read books authored for younger children. Through her visits, she was able to identify Gem Star School and subsequently donated 300 age appropriate books to them. These books would in turn influence the school enough to create a mini-library for the pupils. The response fired up her outreach and literary activities for children from lower income parts of Accra.

Rebranding to Library of Africa and the African Diaspora

On May 20th 2020, Libreria Ghana officially rebranded to Library of Africa and the African Diaspora(LOATAD). This new but related venture is hence described as;

A decolonised library with a focus on books by writers from Africa and the African diaspora.

Worth noting is that the library has been open for members in Acrra, Ghana, since March 2020. It will ultimately open to the public on July 1st 2020. The new library furthermore boasts an extensive collection. Books featured are by writers from almost all African countries and black writers in general from the US, the Caribbean, Europe and beyond. 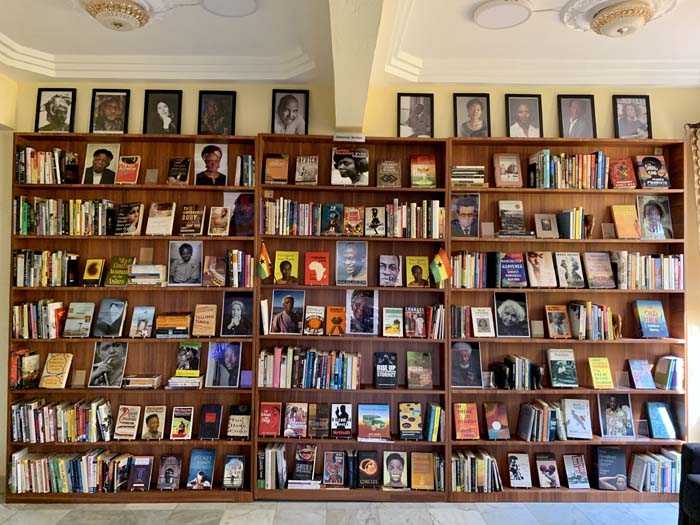 The African Writers Shelves at the new library. Photo courtesy of Nipah Dennis and Ernest Ankomah

Moreover, there is also a wide-ranging archive and a noteworthy collection of rare and out of print books representing the historical links between African and Diaspora writers and their works. The library additionally hosts a residency programme for writers. Interestingly, it caters to the less popular but fulfilling and unique, literary travel, with a provision of 3 bedrooms available for rent. These bedrooms are named after Ghanaian greats in the literary world; Ama Ata Aidoo, Ayi Kwei Armah and B. Kojo Laing 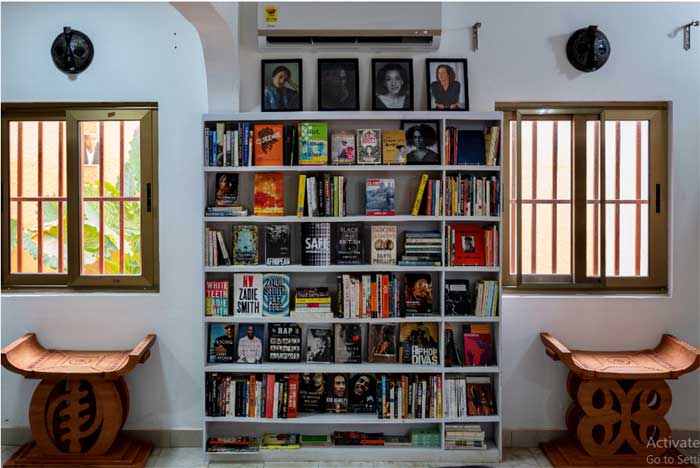 A section in the new library. Photo courtesy of Nipah Dennis and Ernest Ankomah

More details on opening and closing times, literary activities and more will be provided once the new website is ready.

One comment on “Introducing Library of Africa and the African Diaspora”