In 1974, the Guinness Book of Records described the walls as;

The world’s largest earthworks carried out prior to the mechanical era.

Previously, in centuries past, Portuguese explorer, Duarte Pacheco Pereira during his travels around 1500 had briefly described the Great Walls of Benin. Sometime in 1600, Dutch explorer, Dierick Ruiters, also proceeded to describe them stating;

The city is about a league long from gate to gate; it has no wall but is surrounded by a large moat, very wide and deep, which suffices for its defence.

Informed estimates have suggested that the Great Walls of Benin may have been built between the 13th and mid 15th century CE. Other estimates suggest that the walls in the Esan region may have been constructed during the 1st millenium CE. Fred Pearce writing for the New Scientist described them as having once been 4 times longer than the Great Wall of China.

The walls stood for over 400 years protecting the kingdom inhabitants, traditions and civilizations of the Edo people before being destroyed in 1897 by the British during the punitive expedition. Currently, only scattered pieces of this architectural masterpiece from days gone remain in Edo. It’s a shame that the remaining ruins have not been preserved or restored for touristic and historical purposes.

Worth mentioning is that the only remaining vestige is a house, comprising a courtyard in Obasagbon known as Chief Enogie Aikoriogie’s house that bears architectural designs known to have been employed during the Benin Empire. Rumors have it that a section of the Great Wall of Benin may be lying neglected and forgotten in the Nigerian bush. 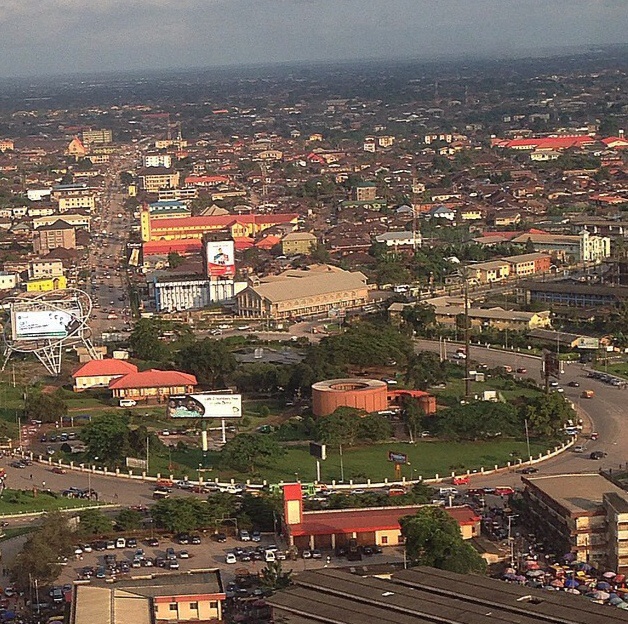 Benin City in the Benin Empire is considered to be one of the first cities to have something akin to street lighting. Huge metal lamps, several feet high were built and placed around the city and king’s palace. The lamps were fueled by palm oil and their burning wicks were lit at night to illuminate traffic to and from the king’s palace in what was probably a very futuristic security measure.

The Benin Empire (also known as Edo Kingdom or the Kingdom of Benin) was located in what is today, Southern Nigeria and should not be confused with the current African nation of Benin. The kingdom came about around the 11th century AD and lasted until 1897 when it was annexed by the British Empire.

Benin City’s planning and design is recorded as having been done according to careful rules of symmetry, proportionality and repetition. This style is currently what is known as fractal design. Ironically, how Benin City was planned and designed was considered primitive by the Europeans who first came to Africa. However, they could not help but be impressed by the wealth, artistic beauty and magnificence of the city.

The decline of Benin City in particular, began in the 15th century. This was fueled by internal conflicts linked to the ever increasing European intrusion and slavery trade at the borders of the Benin Empire.

To re-visit history and culture such as this, you can start booking your tours with Go See Tour a US based travel agency offering both cruises and land vacations.