American 23 Grand Slams Single Title Winner in Tennis, Serena Williams, graces the November 2020 British Vogue Issue Cover. Williams appears in a one off shoulder white dress and subtle make up by Fara Homidi. Her hair is styled by Celebrity Hairstylist Vernon François. Julia Sarr Jamois was behind the dress choice, Betina Goldstein the manicurist and set design was done by Spencer Vrooman for this issue dubbed Vogue Skin Care Special.

In an interview with Fashion News Director, Olivia Singer, Serena Williams discusses the work she has had to put in as a black woman to become one of the most celebrated tennis players in the world, stating;

“[But] I’ve never been a person that has been like, ‘I want to be a different colour’ or ‘I want my skin tone to be lighter.’ I like who I am, I like how I look, and I love representing the beautiful dark women out there. For me, it’s perfect. I wouldn’t want it any other way.” 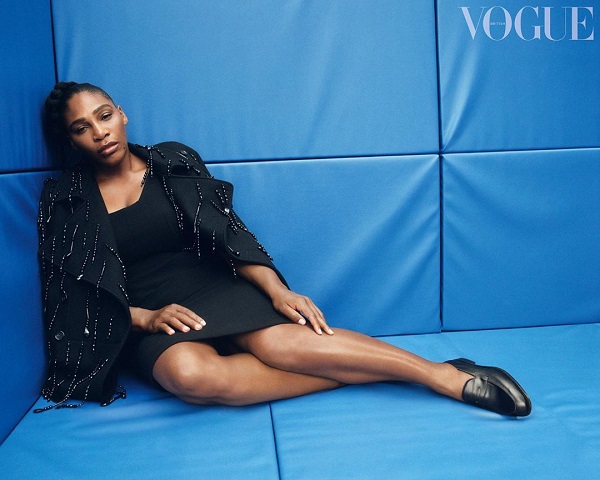 Indeed, 2020 has made her reflect  more on the Social Injustices that the black community faces and continues to face;

“Now, we as Black people have a voice – and technology has been a huge part of that. We see things that have been hidden for years; the things that we as people have to go through. This has been happening for years. People just couldn’t pull out their phones and video it before… At the end of May, I had so many people who were white writing to me saying, ‘I’m sorry for everything you’ve had to go through.’ I think for a minute they started – not to understand, because I don’t think you can understand – but they started to see. I was like: well, you didn’t see any of this before? I’ve been talking about this my whole career. It’s been one thing after another.”

As a sports personality and business woman, Serena Williams has been using her platform to uplift, support and speak up as well. She credits her 3 year old daughter as her inspiration and fuel behind her new appreciation of her body.

Kuluya – We Create and Develop Games